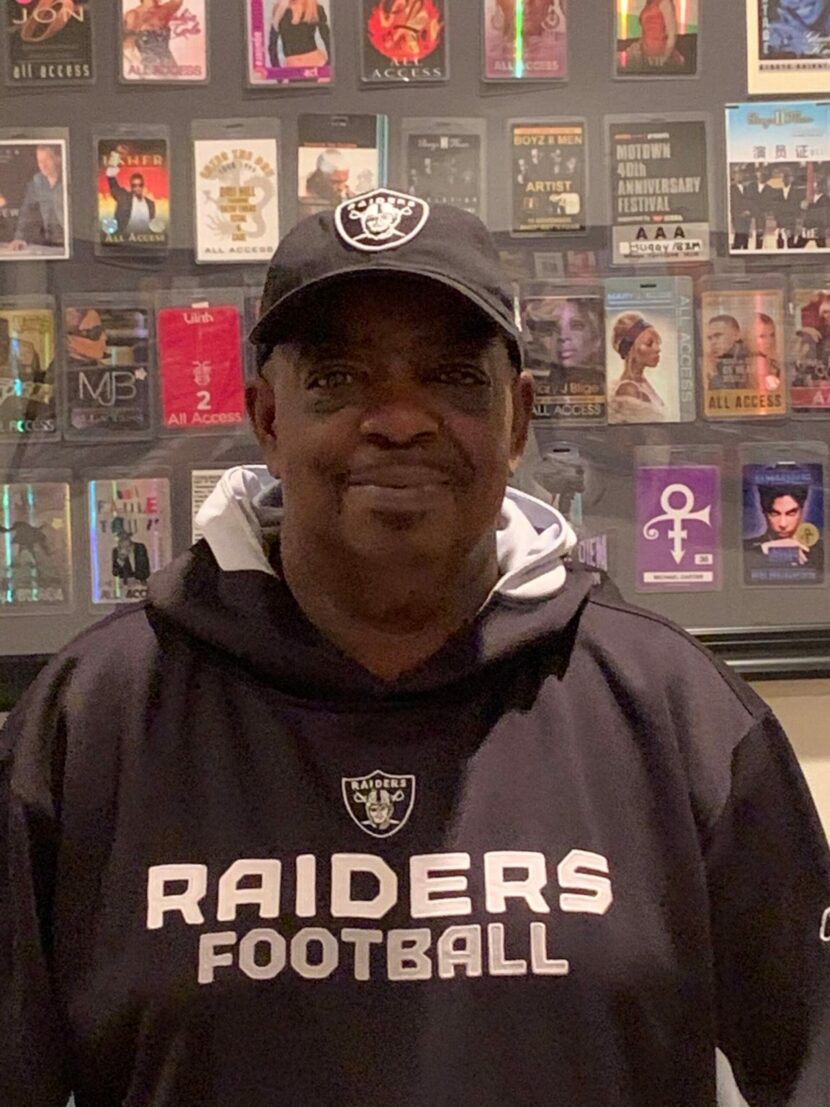 Growing up in Oakland, CA Huggy was exposed to music early in life. Playing drums with his jr. high school orchestra, he enjoyed the creativity and social connections with other musicians.

During his time in high school, he played with several local club bands. In 1978 he got to go to Japan and play in night clubs, (3) 45min sets a night in (3) different locations, 6 nights a week. They stayed in Japan for 3 months, playing in Hakodate, Sapporo and Kyoto.

After returning, he started working in a recording/rehearsal studio in Oakland named “Star Maker” as a handy man / janitor. He was very interested in engineering, jokingly he told the head engineer I would have his job in a year, it only took 6 months, Huggy started working with local bands and groups (Bill Summers, Larry Graham, The Whispers, The Escovedo’s, Con Funk shun).

His first taste of the road came in the early eighties with The Whispers, Huggy mixed FOH, was the Drum Tech and drove the backline truck, Nicholas Caldwell one of the Whispers became His mentor, advisor and friend, Nicholas would always ask him “Which word is bigger Music” or Business”, it was a phrase he still uses to this day.

While touring with the Whispers Huggy meet who was to become his best friend and business partner Alan Thompson Alan was PM for Patti LaBelle and hired Huggy to mix FOH, from there He mixed Gladys Knight with Alan, Vanessa Williams, Boyz II Men. Huggy co-designed the two largest Boyz II Men tours in 95 & 97.

Huggy went on to design and PM New Edition’s reunion tour.Huggy continued to mix through the early 2000’s, after that He just started doing PM jobs under “MGC Productions”

In 2002 Huggy was working at the management company “The Firm” where he met Simon Renshaw manager for the Dixie Chicks and Mary J Blige, Simon ask me to cover a couple of MJB shows, here it is 18 years later and Huggy is still working with Mary as her Tour Manager.

In 2013, Huggy got the call to PM the artist Prince, after the first few shows, Prince found out that he was also a engineer, at that point Huggy was ordered to mix FOH, He mixed Prince for over a year.

Since the start of this pandemic, Huggy went back to my first love, which is creating music, He has released a smooth jazz album called “Chillin Vol.1 under the moniker of F.H.F (Friends Helping Friends).

Huggy is currently working on a new album of funk and Rnb and hope to be finished sometime early next year. Huggy has also started producing an incredible vocalist Kim Tavares whose album is slated for release in January. Huggy is really excited about a project they are building in 2021, keep your ears open,can’t say anything else.

(Pretty sure I have missed some)