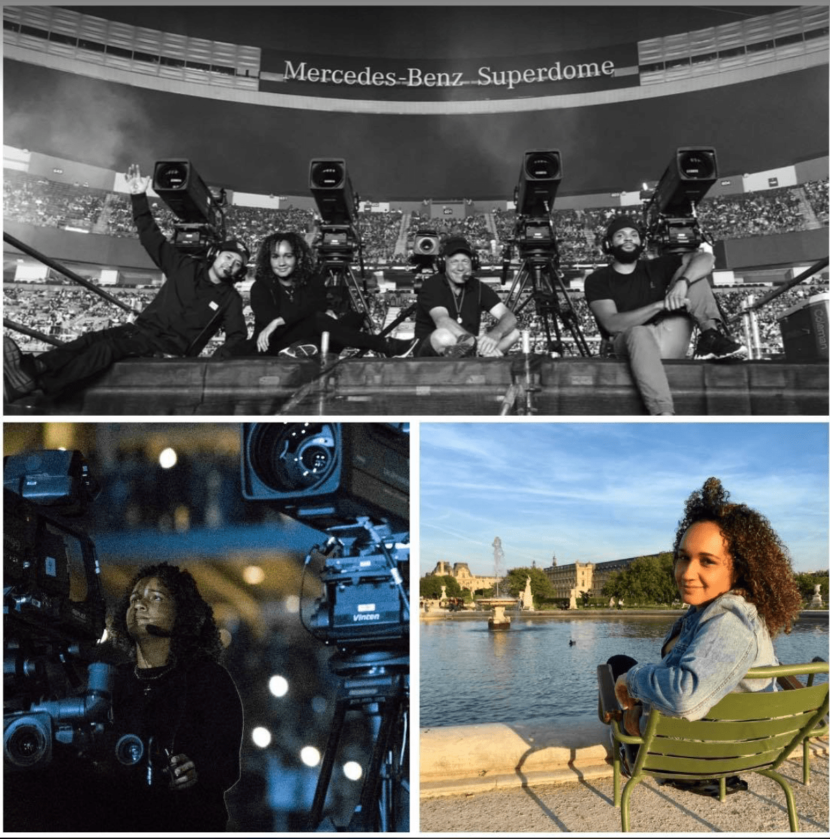 It’s not common for a woman to work in the concert touring industry; it’s even less common to have a Caribbean woman behind the camera.

Liselle Bertrand is one of the best camera operators in the business and her credentials are lengthy. She left the small island of Dominica with big dreams to pursue a career in film and video. A graduate of the Art Institute and Full Sail University, where her areas of focus were in video production and entertainment business.

Liselle’s early camera work started on music video sets in Miami, to studio camera operating at Channel 7 News and later leaving an AV Director’s position to work in the touring business. Her first big break came with a camera opportunity to work on Jay-Z and Eminem’s Home On Home tour. For ten years, Liselle has travelled the world with artists such as Beyoncé, Rihanna, Kanye, Jennifer Lopez, Queen and One Direction to name a few.

Not only does she shoot and build multi camera rigs on some of the most elaborately designed concerts, but she also has the experience building LED walls and directing.Her journey on tour has ranged from rehearsals in Paris to Global Citizen’s celebration of Nelson Mandela’s 100th birthday in Johannesburg. With her hardworking, creative and positive mindset, she’s been able to thrive and succeed in an industry that continues to hire very few women. Liselle is known for taking pride in her work, a true perfectionist. On her days off while on tour, it’s all about finding the best coffee shops, local art and niche perfumes.

Liselle hopes to see a more diverse crew on the next tour. Her goal is to inspire young people to get behind the camera, especially women of color.You can check out some of Liselle’s work on Netflix.

|A Flim by Beyoncé – Coachella

Jay-Z- Where We Are World Tour

|One Direction- It’s My Party Tour