INTRODUCING OUR FEBRUARY 2021 FEATURED PROFESSIONAL OF THE MONTH KEITH McPHEE 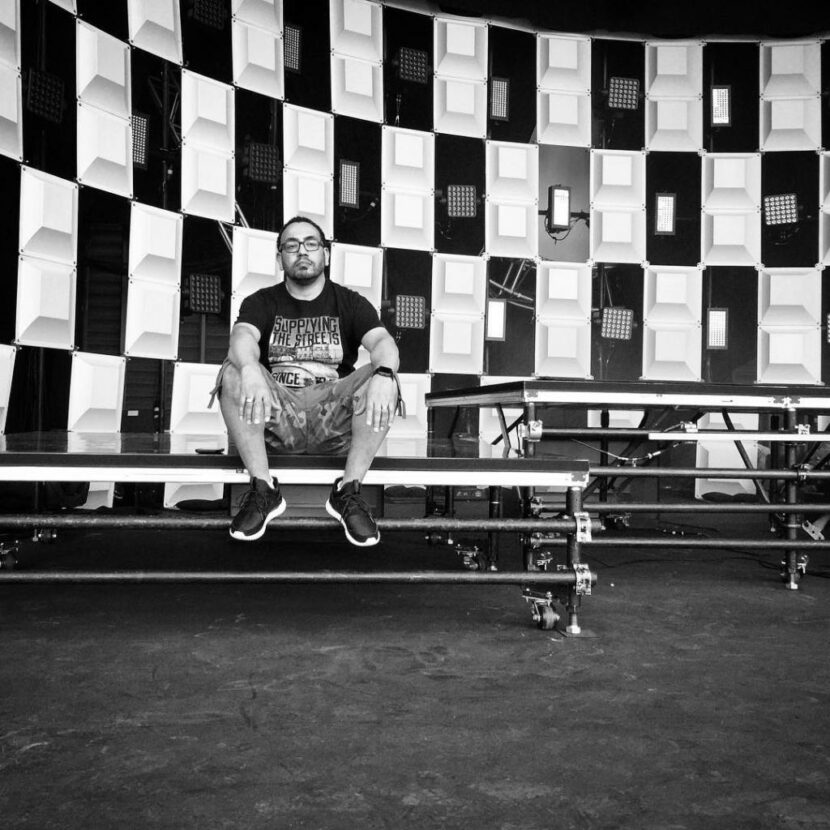 Keith McPhee is currently the Production Manager and Music Supervisor for The Tonight Show and the show’s house band, The Roots. His parents were both musicians, so it was just a natural progression. He grew up in a military family where “if you were on time, you were late.”   His father was a Chaplain in the USAF as well as musician and his mother was a choir director, and they did all of the church’s musical productions. She was an officer’s wife and put on musical productions at different base locations. That was her outlet. As a child, Keith was heavily involved his parent’s productions from start to finish. When he went to college at Hampton University, he was in the Marching Band, Orchestra and every other musical group on campus. He then moved to Philadelphia in 1989, where he started putting on shows with some friends and one of the bands he was instrumental in promoting was The Square Roots who eventually became The Roots. That was probably 1990, and it’s been progressing from there.

The Roots started in the late ‘80s, when they were in high school. The group originally started playing on street corners in Philadelphia. Keith had a clothing store in Philadelphia at the same time called The Lay-up. He and three other guys had opened the store, and they each picked a band from the local market that they wanted to work with and promote. They started doing shows at the Trocadero, and he put The Square Roots on the line-up.

He didn’t really have any influences in the business because it was a progression from childhood. That was what his parents did, and it just went from there. Being a military brat means you grow up in a constant state of change. Keith was always moving every 3 or 4 years. “Travel for me was almost second nature which meant the learning curve for tour travel was a lot less than most. I was a music major in college, and I would have liked to have been a professional musician, but I didn’t have the discipline to practice enough. I guess that’s probably the issue, so I decided to get into doing production.” Keith’s interest in production started in college and progressed from that point on.

It was just a matter of living and learning on our own. The Roots have existed in a different vibe than the rest of their contemporaries. We were an anomaly to the record labels and to the public in general. We shot our own course, and that’s what I’ve done, personally. Being a production manager for a live hip-hop band was pretty unheard of 20 or 25 years ago, so it was a matter of learning what to do and how to do it. That was a self-educating process. I started doing small shows at colleges and small bars.

The biggest lesson that I’ve learned is to always be on time and be prepared. We realized that a lot of the gigs we went to weren’t prepared for a live hip-hop band. So, we had to be prepared for all different types of scenarios. Nowadays, The Roots will do North Sea Jazz Festival and then Carnegie Hall or The Apolloand then they’ll do a small hip-hop show the next weekend. It had been the goal of Rich Nichols, who was the band’s manager, that we would be diverse—there would be no lines drawn as far as “We’re not going to that,” or “We’ve never done that.” [Nichols passed away in 2014 following a long battle with leukemia.]

Now that The Roots don’t do any traditional tours my life is made up of never-ending one-offs. One of the amazing things about being at The Tonight Show is that I have been able to keep in contact with so many touring people and it’s a blessing.