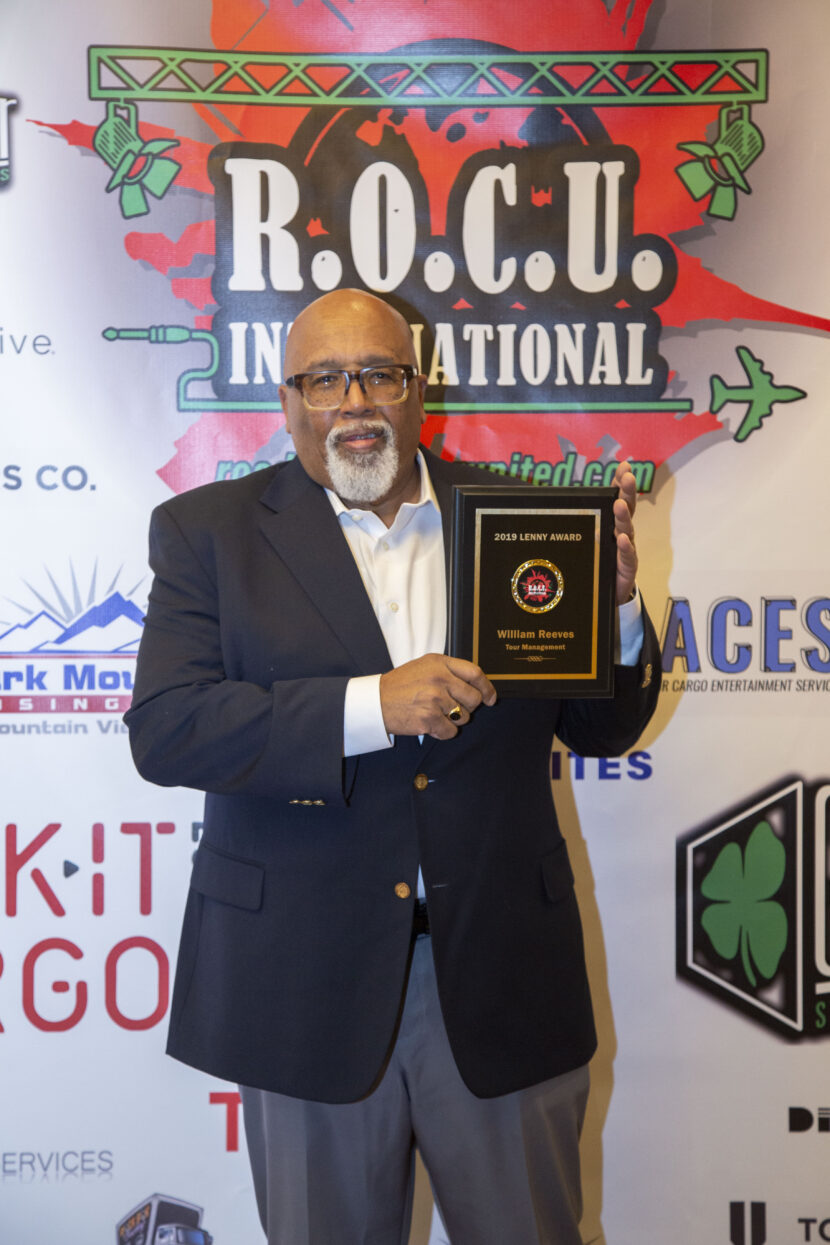 Bill Reeves is a 40+ year showbiz veteran. He started in the mid-70s as a casino stagehand in Lake Tahoe, CA, then moved to a company that supplied lighting rigs to touring acts.

B i l l ’s first concert was also his first job working on the road. He never looked back.Starting as an electrician on tour for acts including Alice Cooper, Tony Orlando & Dawn, and Chicago, Bill progressed to working as a lighting director, production manager, and eventually as a tour manager.

Bill has worked with Teddy Pendergrass, Stevie Wonder, Barry White, Usher, Maxwell, and Anita Baker. He has worked numerous times for acts such as Luther Vandross (14 years), Prince (four tours), D’Angelo (three tours), and is now in his 15th year with Anthony Hamilton.

Along the way, he has served as a site coordinator, venue production supervisor, and company manager for a Broadway musical.

About 12 years ago he co-founded a social network group called Roadies of Color United. ROCU now has over 1,000 members and recently filed papers to become a 501(c)(6) professional association to better serve the goals of advocacy for a more inclusive and diverse workforce in the concert production industry.